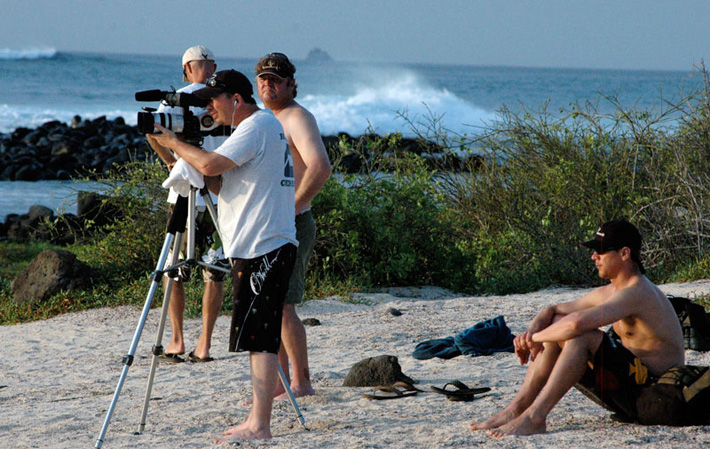 Let me begin by saying that today is the 9- year anniversary of Randy’s passing, crazy that 2018 will the 10yr. mark!

You see, Randy was and “Idea Guy”. He use to tell all of us at one time or another that, “Here’s my idea, you make it happen!” (That is how The Shop came to be)

In 2008, we were in the midst of the grueling but rewarding “Baja3000” trip, and while surfing at Tres Alejandros Randy said, “I have an idea, when it is my turn to pick the trip” with that cheshire grin that we all miss – washed over his face, he said, “We are going to surf the entire California coastline! We will rent a motorhome, all pile into it, start in San Diego and surf every spot on the coast up to Santa Cruz! Me: “But Randy, that would take months!” “Maybe…but that’s my idea!”. This, is the annual boys trip!

Now, being that we are all old and crusty, the thought of piling into a motorhome has been imediatly scratched from the “Randy List”, due too the probable suffocation from stench and chiropractic session needed along the way…We will be AirBnB’ing it on this trip.

Since there are hundreds of surf spots to choose from (in SoCal alone), we will be staying at three homes strategically located, to pick-off the best spots within an hour drive from our base camps.

Currently my first choice for the three Base Camp locations include: “La Jolla”, “Oceanside”, “Oxnard”. This should give every skill level an opportunity to scope out their spots that they would like to hit for the trip.

I would like to say (before my time is due), that I too have surfed some of the worlds most recognized breaks, such as Trestles, Malibu and Rincon.

My first draft is:

My hope for this trip is maybe some of the SoCal crew that can’t make the entire run, can at least hook-up with us at some point…even for a day or two?

So, the second reason I am announcing this early, is I will need a final head count by the end of October, some of the homes I have flagged out, have already booked out! And I am not really sure how many beds I should be searching for, so the sooner you can commit, the better options we will have.

Oh, BTW, for the non-surfers in the group (which is probably all of us), I am looking for places close to other actives, such as Golf, Hiking or Foodie/Wine Tasting…Ceramic classes?

One of the other logistics I am working through, are places with plenty of parking. I am assuming we will have a heck of a convoy, since it is a short trip for most.

Hope you guys will enjoy this one, nothing fancy, just a great time to hang-out, get caught up with no solid plans.